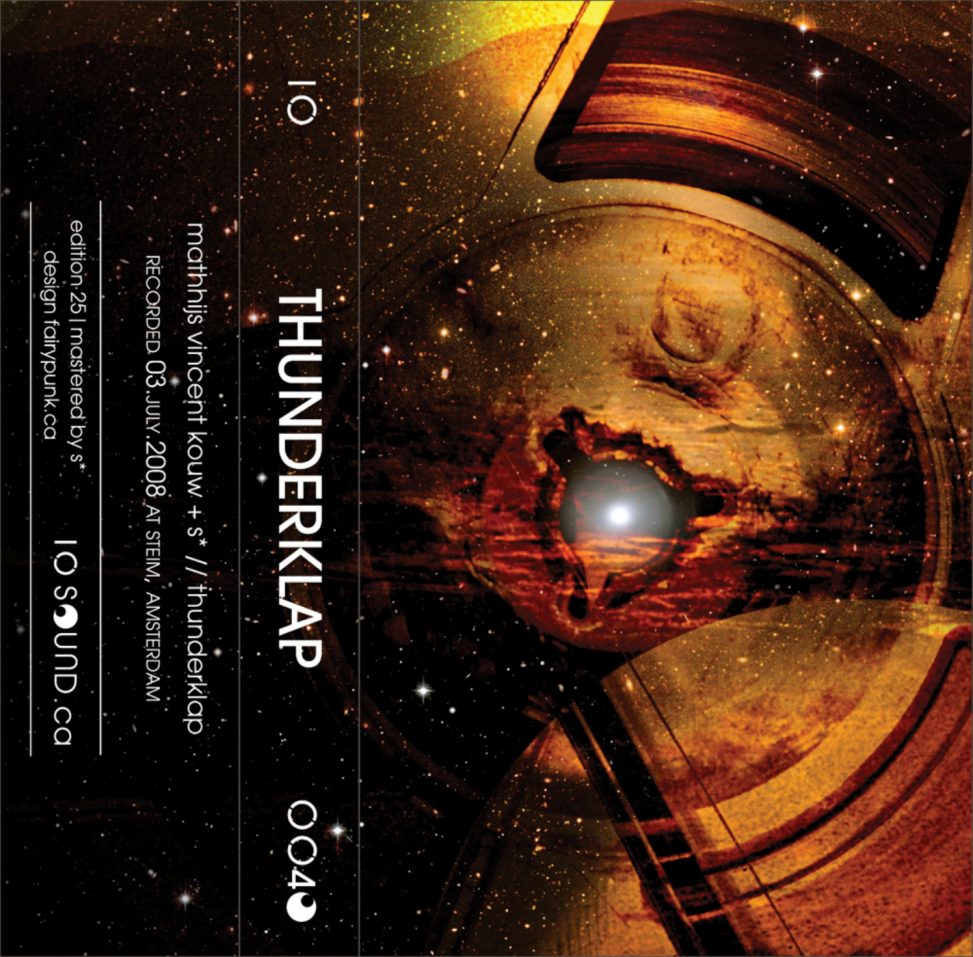 An unrestrained yet at times delicate channeling of improvisation from s* and MVK, recorded live in one take on July 3, 2008 at STEIM, Amsterdam, shortly after the passing of founder and experimental “crackle” performer Michel Waisvisz. Shifting between waves of noise and ambiance, loops and events, Thunderklap is a personal requiem for Michel. Equipment: turntablist set-up with digital vinyl system for source samples; STEIM homebuilt analogue synthesizer; laptop digital signal processing.

Reviews
This is apparently an improvisation between MVK and S*. I’m unfamiliar with both. Could be their weird cyberpunknames. Not sure who’s playing what really and despite a slight lack of dynamics, this is fairly cohesive improvisational work on electronics which I’m fully behind. In fact Thunderklap brings it fairly raw in a way that I like, not sure which of the two players is doing the crude zone but it is heated. The hazy synth work is less my bag but hey it could easily be yours right? (OFFERINGS, Alexander Moskos)

Credits
All music by s* and MVK